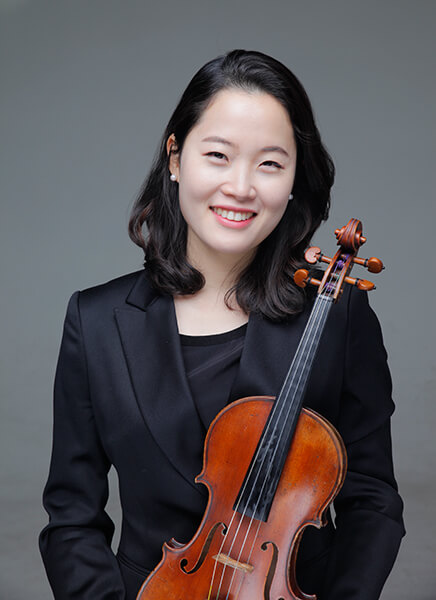 A native of Seoul, Korea, began to study the violin at the age of seven. Michelle holds both her B.M. and M.M. degrees in Orchestral Music from Ewha Women’s University and studied the Professional Studies Diploma Program with Professor Wei He at San Francisco Conservatory of Music.

She was a member of Seoul Youth Orchestra for four years and played at Cheonan Philharmonic Orchestra as a first violin from 2010 through 2017. She is also a founding member of the Viva String Quartet. Currently, she is a member of California Symphony Orchestra, Stockton Symphony and a substitute member of San Francisco Ballet.

Throughout her career, she has performed for orchestras and chambers in various countries including Korea, Japan, China and the U.S., and has achieved several awards including the 1st Place in the American Protégé International Piano and String Competition, Manhae Competition and the Youngsan Arthall Chamber Contest.

Over 10 years, Michelle has been teaching numerous students with a wide range of ages and skill groups.

In 2016, Michelle worked as an assistant violin teacher at John Yehall Chin Elementary School in San Francisco, and she is currently teaching individual violin lessons in Cupertino and the South Bay area, CA.

She teaches any age 5 and above

We are all musicions in our hearts and she helps you achieve it!

She cares about the students and teaches with love